According to researchers the technology has broad surveillance applications.

Chinese researchers have developed a new camera technology that can render human sized-subjects as far as 28 miles away.

According to a paper from researcher Zheng-Ping Li published in the open source journal ArXiv, the camera technology can cut through smog and other pollution using a mixture of laser imaging and advanced AI software.

While LIDAR technology, which stands for Light Detection and Ranging, has been used previously in other cameras and imaging techniques, researchers say a new software helps to mitigate the noise of predecessors. 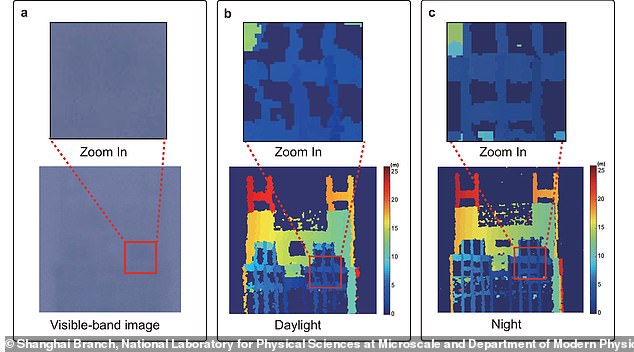 Chinese researchers have developed a new camera technology that can render human sized-subjects as far as 28 miles away. The camera uses AI to construct images that are farther than any other imaging device on record

In a technique called ‘gating’ software helps ignore photons reflected by other objects in the camera’s field of view.

Because the camera uses a laser to judge the distance of a subject by logging how long the light takes to reflect back to the machine, the new software is able to tell the camera to ignore everything else that falls outside of that time signature.

This feature also allows for the camera to set specific distances.

Another major benefit, says a report from MIT Technology Review, is that camera’s use of an infrared laser at wavelength of 1550 nanometers.

The report says that this wavelength not only makes the camera safe for use — it wouldn’t harm the eyes of a human that is being imaged — but also guards the image from solar photons that can sometimes interfere with the camera’s resolution.

What makes the new camera on the cutting edge of not just camera technology, but technology in genera isn’t it’s novel use of LiDAR, however, it’s the AI system that eventually piece an image together.

MIT reports that the camera also uses a new algorithm to piece together the sparse data collected by the method to help from a recognizable image.

As the MIT reports, this type of 3D imaging has steadily advanced in recent years an is used to render objects using small data sets. 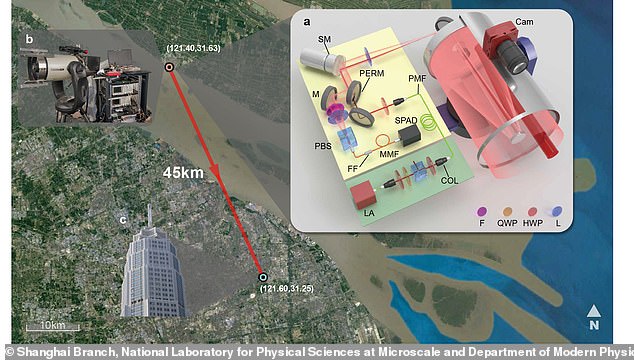 According to the team of researchers the technique has applications towards surveillance, ‘remote sensing,’ and given that the technology is about the size of a shoe box, it could be attached to small aircraft or other unmanned vehicles.

In China, the use and breadth of advanced technology to surveil citizens has been relativity unprecedented comparing to other countries around the globe.

Facial recognition in particular has been deployed to track millions of members from the country’s ethnic minorities, the Uyghurs.

A blockbuster report from the New York Times revealed that 500,00 faces were scanned by the technology in just one month.