Differences between the United States and China over the South China Sea and cyber security should not be addressed by “microphone diplomacy” but in “a proper way” to allow for a successful U.S. visit by President Xi Jinping this year, a senior Chinese diplomat said on Wednesday.

Wu Xi, deputy chief of mission at the Chinese embassy in Washington, said individual issues should not be allowed to overshadow the overall U.S.-China relationship and that common interests, including bilateral trade volume of $550 billion last year, “far outweigh” differences between the countries.

“Resorting to microphone diplomacy, or pointing fingers at each other, will not solve any problems,” Wu told a meeting on Capitol Hill to mark the 10th anniversary of the U.S. Congress’s U.S.-China Working Group. 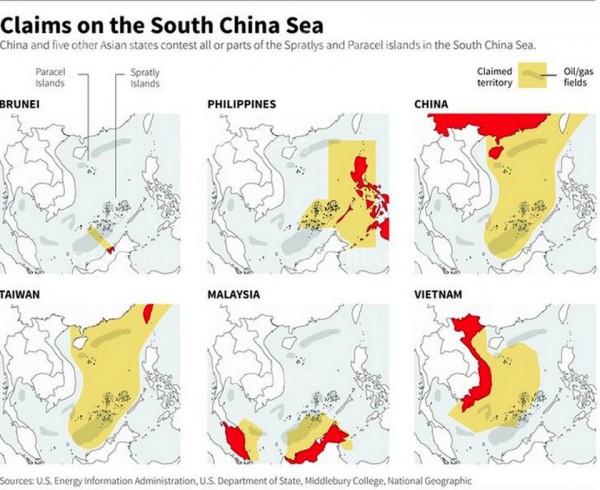 “The right choice is to recognize our differences, respect each other and engage in real dialogue,” she said. “The choice we make today will decide the future of our two great nations, as well as the entire world.”

Wu was referring to disagreements between Washington and Beijing over China’s increasingly assertive pursuit of territorial claims in the South China Sea, which have raised fears of military confrontation, and a massive cyber attack on the U.S. government that U.S. officials have blamed on Chinese hackers.

China has called the hacking allegations irresponsible and says it has the right to build artificial islands in contested territory.

Wu said the two sides should use the annual meeting of the U.S.-China Strategic and Economic Dialogue from June 22-24, and a U.S. visit this week of a top Chinese military official, “to articulate the outcome and deliverables” for Xi’s September visit to Washington.

“We need to address our differences in a proper way,” she told reporters.

Wu said she did not see any U.S.-China “tensions,” as the countries shared a common interest in peace and stability in the Asia-Pacific and always discussed differences.

“We have no alternative but to succeed in the interests of our two nations and the world,” she said.

U.S. Representative Rick Larson, a co-founder of the bi-partisan Working Group, said that as the world’s two largest economies, the United States and China “cannot afford not to engage.”

At the same time, he called the South China Sea and “indications” that the cyber attack originated in China “very challenging” issues that could not be pushed to one side.

“We can’t mask those, we can’t hide from those,” he said.