Hundreds of US forces are reportedly located in Ukraine to train the country’s troops on Russia’s doorsteps amid growing tensions between Washington and Moscow.

NBC News reported on Sunday that 300 American paratroopers are involved in the direct training that could be seen as a “major provocation” by Russian President Vladimir Putin.

The US forces are working with over 700 Ukrainian soldiers in three rotations during the six-month mission that started in April.

“From what we saw at day one to where they are at right now, they’ve proven their willingness to learn,” Capt. Nick Salimbene said.

“They’re getting better on a day-to-day basis,” he told NBC News.

The location of the mission is about 700 miles away from the front lines in eastern Ukraine.

“The participation of instructors or specialists from third countries on Ukrainian territory, where the domestic Ukrainian conflict is unresolved, could destabilize the situation,” he said.

American officials confirmed that they are training only soldiers of the National Guard inside Ukraine’s borders. 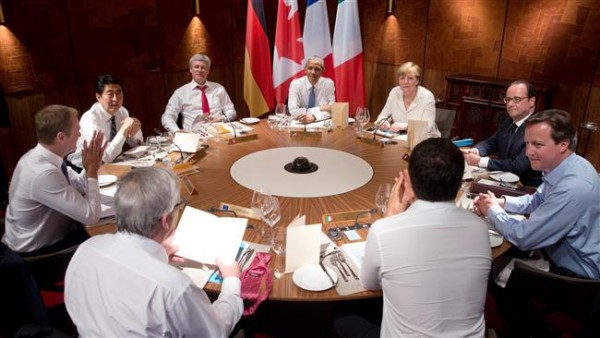 Meanwhile, President Barack Obama is in Germany to meet with the leaders of the G7 countries to discuss “Russian aggression” in Ukraine.

The United States and its Western allies have imposed sanctions against Russia, accusing the country of supporting pro-Russian forces in the Ukraine conflict. The Kremlin denies the allegation.

The White House said in a statement on Sunday that Western sanctions against Russia will remain in place until Moscow fully implements the Minsk agreement.

In an interview with Press TV on Sunday, former US Army officer Joachim Hagopian said the “aggressive” policies of the US toward Russia are “morally reprehensible” and a violation of international law.

The agenda of the “maniac” neoconservatives in Washington is to provoke a global war with Moscow, he said.

“If anybody is in the wrong and doing what is morally reprehensible and illegal… is America not Russia,” Hagopian added.