Next year’s military spending plan keeps the US on track toward destruction of its economy at home while provoking new resentment over US interventionism overseas. It is a recipe for disaster,” Paul wrote in an article published on his website on Sunday.

“While the neocons keep pushing the lie that the military budget is shrinking under the Obama administration, the opposite is true,” Paul said.

“As the CATO Institute pointed out recently, President George W. Bush’s average defense budget was $601 billion, while during the Obama administration the average has been $687 billion. This bill is just another example of this unhealthy trend,” he added.

On Friday, the House of Representatives passed a $612 billion annual military spending bill in a 269-151 vote.

The bill authorizes $523 billion in base Defense Department spending and $90 billion is included in the war fund, formally known as the Overseas Contingency Operations fund.

“Whatever our troops need to get the job done, they should get it, and the House has acted to provide just that,” House Speaker John Boehner said. 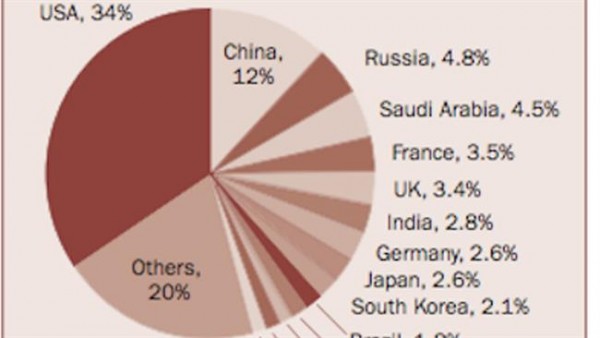 New figures compiled by the Stockholm International Peace Research Institute showed that the United States spends more on its military than the next seven top-spending countries combined.