Bill Clinton and his family foundation reportedly received millions from the head of a uranium company — and a firm promoting their stock — while the Russians sought approval for a takeover of the company from several U.S. agencies including the one headed by Clinton’s wife.

The New York Times reported on the complex and intertwined relationships — as well as the favors and donations — that factored into the deal.

At the center of the controversy is a company called Uranium One. The Russians reportedly assumed control over it, over a period of years ending in 2013. 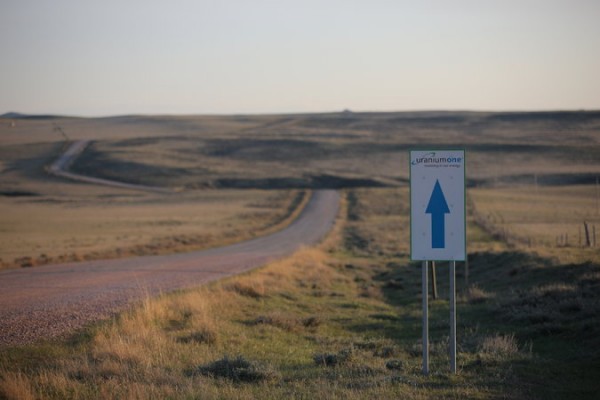 To close the deal, though, it had to be approved by a committee that included several U.S. agencies, including the State Department — headed at the time by Hillary Clinton. The U.S. was involved because the sale gave the Russians control of part of the uranium production in the U.S.

The Times reported that despite this role, Uranium One’s chairman used his foundation to donate $2.3 million to the Clinton Foundation during this period.

Further, former President Clinton himself reportedly got $500,000 for a Moscow speech from a Russian firm promoting the company’s stocks.

Some of these ties were first discovered by Peter Schweizer, who is detailing them in the forthcoming book “Clinton Cash.”

The revelations are sure to stoke concerns about the family foundation’s dealings, just days after Hillary Clinton formally entered the 2016 presidential race.

“No one has produced a shred of evidence that Hillary Clinton ever took action as Secretary of State in order to support the interests of donors to the Clinton Foundation,” Fallon said.

“To suggest the State Department, under then-Secretary Clinton, exerted undue influence in the U.S. government’s review of the sale of Uranium One is utterly baseless. It mischaracterizes the nature of the State Department’s participation in such reviews, and also ignores the range of other regulatory agencies that ultimately supported this sale. It is impossible to view this allegation as anything other than just another in the many partisan conspiracy theories advanced in the Clinton Cashbook.”

The path to the deal began years earlier.

Reportedly, Canadian mining financier Frank Giustra, with Clinton at his side, traveled in 2005 to Kazakhstan. There, Clinton voiced support for the country’s president, who has a widely criticized human rights record. Yet within days, Giustra’s company reportedly inked a preliminary deal getting a stake in uranium mines.

That company later merged with Uranium One.